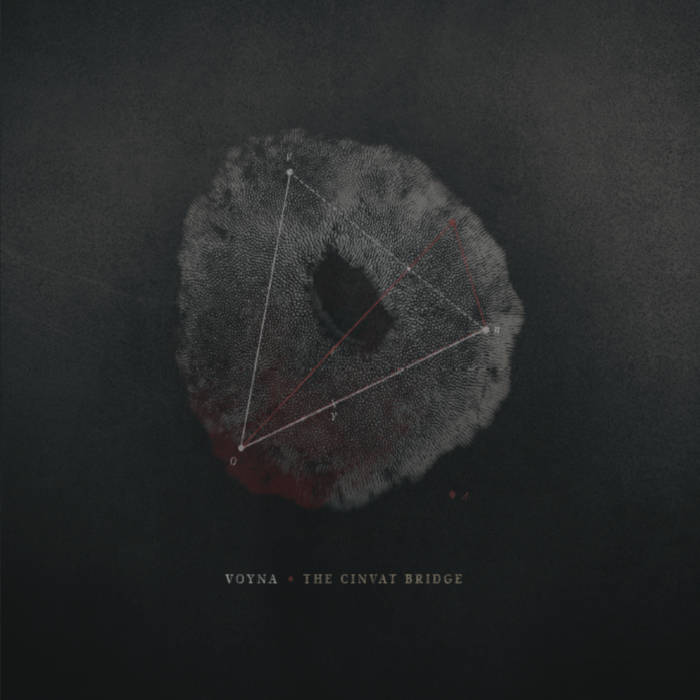 "It’s normally the road to ruin when the members of an established band start showing-off as individuals and chucking solo records out like sweets at a carnival. Didn’t that drummer bloke from BLUR do one at some point? And was it an album of Kazoo Classics that EDDIE VEDDER unleashed onto an unsuspecting world? Something like that anyway, I forget… which is my whole point I suppose. But before we all pack up and head for the hills, ‘The Cinvat Bridge’ is something entirely different. This is how a solo album should sound.

Peer Lebrecht, singer and creative director of Berlin-based Post-Punk heroes GOLDEN APES, releases this, his solo album as side-project VOYNA, with very strict instructions. So, listen up please. GOLDEN APES have not split up. GOLDEN APES are still happy, albeit in that dark and brooding way Post-Punk and Darkwave bands show their happiness. Peer Lebrecht is still the singer and creative director of GOLDEN APES. Everything is absolutely wonderful. Ok? OK?????? Then let’s move on…

VOYNA was born during the recording of recent GOLDEN APES album ‘Kasbek’, and the song-writing and ideas ran alongside that album’s gestation. That ‘The Cinvat Bridge’ contains 14 fully formed tracks shows this was not just a scooping up of the flotsam from those sessions, but a fully-formed parallel process. And it’s astonishingly good. ‘Provenance’ eases you in, all soft and shimmery, before that impossibly mournful - yet never maudlin - voice, sweeps you off somewhere with sand-dunes, a deserted house, and probably a bit of a sunset. It’s beautiful, and the production is first class, pushing vocals up and out of the song, making it the focal point and not the support act.

‘Refraction’ bursts with unexpectedly warm melody, and there are little bursts of synth in ‘Crimson Skies’ that herald an overwhelming sense of optimism and euphoria. And this controlled euphoria continues through the joyfully repetitive ‘The Sky And A Grain’. Already it’s becoming clear that this is an extraordinary collection of songs. There are frequent changes in both tempo and emotion throughout ‘The Cinvat Bridge’, and whereas this keeps things varied and interesting, it never feels anything less than a whole. And there’s plenty of room for experimenting here too.

‘The Fractal King’ is a bizarre, bluesy shuffle around the edge of some uneasy dreamscape, and ‘Ocean’ is quite simply dazzling with the gorgeous additional vocals of Marita Volodina lifting this one off to somewhere else entirely. There are flashes of the more customary GOLDEN APES sound on the pummelling ‘Zernikov’, a jittery nervousness around ‘ForHerEyes’ and a funereal dignity to the majestic ‘Golem’. Closing track ‘Ashes’ gracefully builds into a song of great maturity and beauty, before it quite literally drifts off into the distance, confidently waving not goodbye, but see you again. An inventive and quietly clever coda…

This album should be the benchmark for anyone thinking of leaving the parent band - however briefly, amicably and mutually agreed it may be - and exorcising all that solo creative stuff that’s been buzzing around in the cranium for so long. Because this is no side-show, but a fully realised, impeccably dressed and delivered set of well-crafted and thoughtful songs that run the whole range of emotion dexterity. Superb."