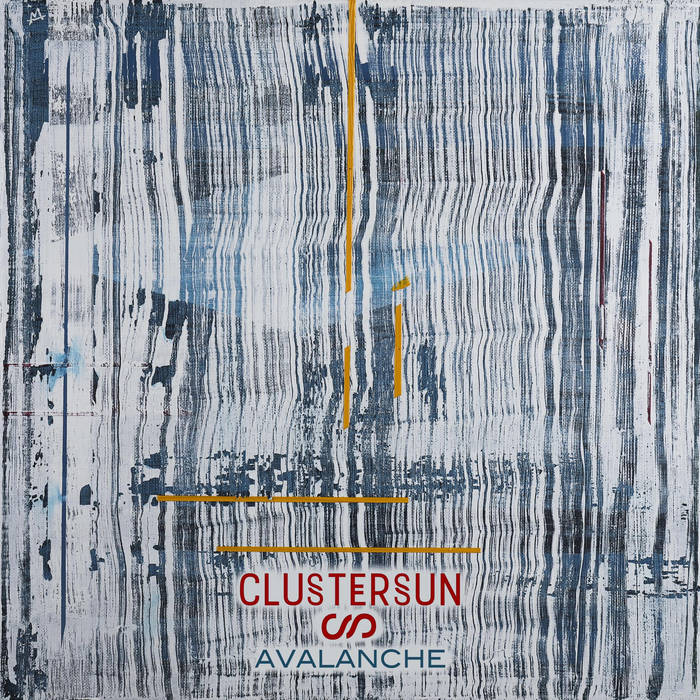 If you live in the US (or in America, etc), you can also ordre here : littlecloudrecords.com

This is the kind of sound that will make you crave for being squashed in a massive crowd at a festival, eyes closed, ears exploding, mind tripping, legs dancing and head banging, lost and found, flooded by the fuzz, the reverb, the tune.

With their 3rd LP "Avalanche" CLUSTERSUN departs from dreamy shoegaze, reaching at high speed desertic and acid sideways. Dark and shiny, disturbing and glorious, straightforward and ambitious, it's an album that will fit well in a playlist featuring The Black Angels, The Lucid Dream, The (early) Telescopes, Dead Skeletons.

The mix and mastering have been in charge of James Aparicio, a real scene's guru, thanks to his work for Spiritualized, Mogwai, Depeche Mode, Nick Cave / Grinderman, Liars, The Cult Of Dom Keller, Dead Vibrations, Piatcions / Throw Down Bones, Rev Rev Rev.

The album artwork is a painting called "Avalanche" too, realised by Marco Baldassari (artist and founder of italian psych heavyweights Sonic Jesus) following the creative flux inspired by the listening of CLUSTERSUN's new sounds. His words perfectly describe what "Avalanche" stands for : "At the beginning there's silence, a deaf sound and the spell of the forthcoming uproar. Then, vibrations cover what is actually hiding beyond the avalanche, while the sun struggles to warm and melt. In the end, the chemical of sounds reveals itself through the chemical of pictures".